We are currently evaluating internal and external association programming in light of the corona virus issue. For the most up-to-date information, please vist our "Covid-19 Resources" section of the website.

Questions? For the time being our office is closed, so the best way to contact us is at info@aonwassociation.org.

Thank you for your patience and understanding! 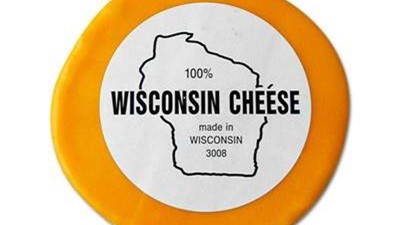 We celebrate everything cheese. Because it's delicious.

Cheese is a dairy product derived from milk that is produced in a wide range of flavors, textures, and forms by coagulation of the milk protein casein. It comprises proteins and fat from milk, usually the milk of cows, buffalo, goats, or sheep. During production, the milk is usually acidified, and adding the enzyme rennet causes coagulation. The solids are separated and pressed into final form.[1] Some cheeses have molds on the rind, the outer layer, or throughout. Most cheeses melt at cooking temperature.

Hundreds of types of cheese from various countries are produced. Their styles, textures and flavors depend on the origin of the milk (including the animal's diet), whether they have been pasteurized, the butterfat content, the bacteria and mold, the processing, and aging. Herbs, spices, or wood smoke may be used as flavoring agents. The yellow to red color of many cheeses, such as Red Leicester, is produced by adding annatto. Other ingredients may be added to some cheeses, such as black pepper, garlic, chives or cranberries.