Lease Restrictions on Drones: What You Should Know

Posted By: Tim Plains in Industry,
Author: Steve Hogan
Drones have been all over the news lately. These small, stable, airborne devices have come a long way from your father’s toy helicopter.

The new breed of drones are not toys. They are high-tech, expensive platforms capable of precision aerial maneuvers. These platforms, combined with light, high-powered sensors have the potential to completely change a host of industries.

The Association for Unmanned Vehicle Systems International (AUVSI) estimates that drones used in agriculture and public safety will contribute over $80 billion to the U.S. economy.

How could this be? What’s the value of this new technology?

It’s not all about pretty pictures from the sky. It’s about bringing “big data” to any industry you can think of. It’s about pairing high-powered sensors with stable aerial platforms to gather any information a business could want.

Instant analysis of crops with multi-spectral imaging? Why not? 3-D as-built surveys of buildings under construction? Sure! Replacing manned aircraft that survey utility pipelines and wires with low-cost, unmanned platforms? Absolutely!

Right now, drone technology is in its “awkward teen years.” The capabilities are changing fast and getting better all the time.

You know what else is changing fast? Drone Law!

The Federal Aviation Administration (“FAA”) is writing the regulations to govern drone flights in the national airspace system. You heard that right: the regulations are not written yet. This means that there is no clear “rule book” for how drones are to be flown for commercial purposes.

The “rules” we have right now are general guidelines that lack specificity. This has led to confusion as more and more people have started flying drones for fun and profit.

Right now, there are generally two categories of temporary rules: (1) Hobbyists that are flying for non-commercial purposes should follow the FAA safety guidelines. (2) Commercial operators must have a special approval from the FAA in order to fly for profit. The most common of these approvals is called a “Section 333 Exemption.”

States have also jumped into the “drone law” game. Here in Florida, a complicated set of regulations are “on the books” that impact commercial, hobbyist, and government use of drone technology. Similar laws are popping up around the nation.

What does this mean for landlords? Will residents be “invading” each other’s “privacy” left and right? Can drones be “banned” through lease documents?

These are all good questions. There are not many good answers right now.

The bigger question is why one would want to do that? What would be the purpose of the exclusion? This question is critical to answer in order to draft a provision that will accomplish the intended purpose.

I would caution landlords against reflexively banning a certain type of technology. If the point is to stop people from doing offensive things with drone (like taking pictures of people who don’t want their pictures taken), can’t the same thing be done with a smartphone? What’s the difference between an iPhone in the third floor window and a $200 quad-copter? Technologically, not much!

What if a drone operator is flying the drone for a government purpose? What if a police officer brings his drone equipment home to his apartment inside his squad car? Would the lease exclusion ban that? Could it? Should it?

Asking the right questions from the start will help landlords get to the right answer. With a new technology – like drones – that is changing so quickly, care should be taken to not throw the “baby out with the bathwater” in crafting responsible lease provisions.

Drones are set to become a much bigger part of the economy than they are now. Landlords wishing to draft lease provisions to address this technology should take the “long view,” and balance the needs of residents with the shifting state and federal regulatory requirements.

The author is an attorney with Ausley McMullen in Tallahassee, Florida. He is the host of the Drone Law Today podcast (iTunes link), and the author of “The Drone Revolution: How Robotic Aviation Will Change the World.” Twitter: @stevehlaw 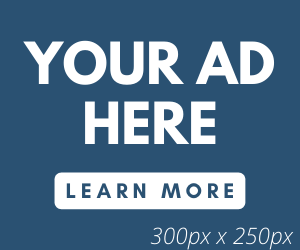